Error: (#10) This endpoint requires the 'manage_pages' or 'pages_read_engagement' permission or the 'Page Public Content Access' feature. Refer to https://developers.facebook.com/docs/apps/review/login-permissions#manage-pages and https://developers.facebook.com/docs/apps/review/feature#reference-PAGES_ACCESS for details.
Type: OAuthException
Code: 10
See All

Near Aix-en-Provence in the village of Jouques, Cécile And Daniel UGHETTO welcome you in a charming setting.

The authenticity of the setting, the large wooded stretches as a far as the eye can see, captivate you with their magic. Do not miss a visit to the wine cellar to taste the wines of Chapelle Saint Bacchi, nor this ancient hermitage which will not cease to surprise you at every turn through its ancient stones.

Comprised of a 190m² reception hall for up to 140 people, gardens, parking sufficient for a hundred vehicles, and four guest rooms, including honeymoon suite, Saint Bacchi is a ideal place to organize your social event, wedding, or function of any kind.

This structure, completely restored, including the chapel which dates back to the 9th centery, was built on a Roman temple dedicated to Bacchus, the Roman god of wine. Pilgrims were devoted to the chapel because the spring which fedd the building was considered to be miraculous. The frescos, still present, represent the castle and fountains. Saint Bacchi was Syrian. A Roman officer who converted to Christianity, he evangelized the region, made himself a hermit and would die on the site of the chapel.

The legend : One night, a group of thieves broke into the Bacchi’s chicken coop, stole hens and roosters, and following the theft the chickens were transformed into stone.
The legend is surely the origin of the coat of arms for Jouques : The rosster and the hen. 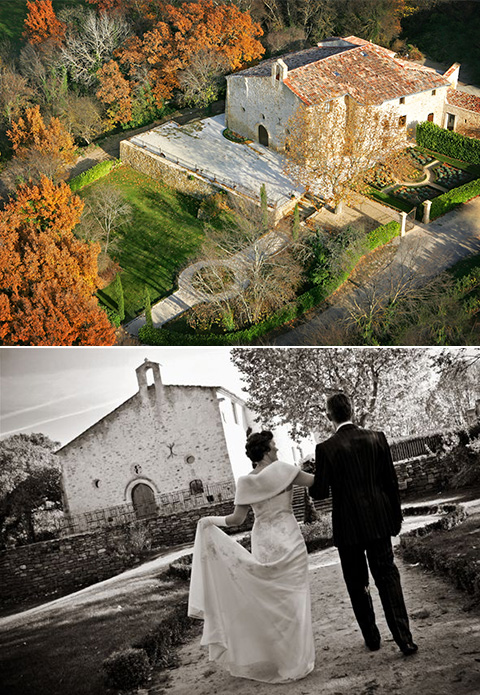 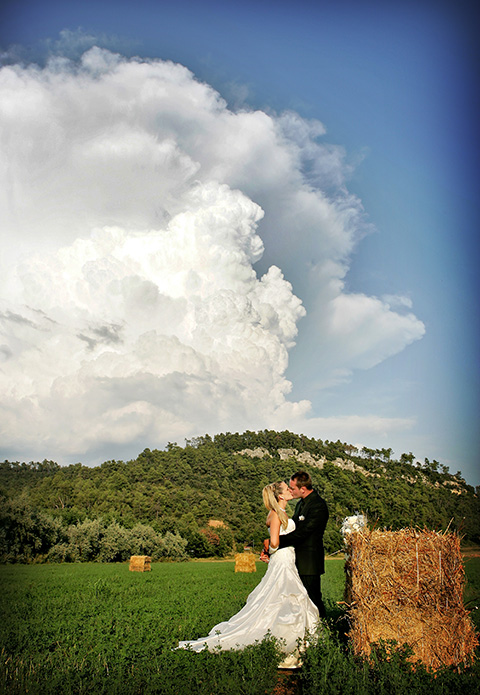 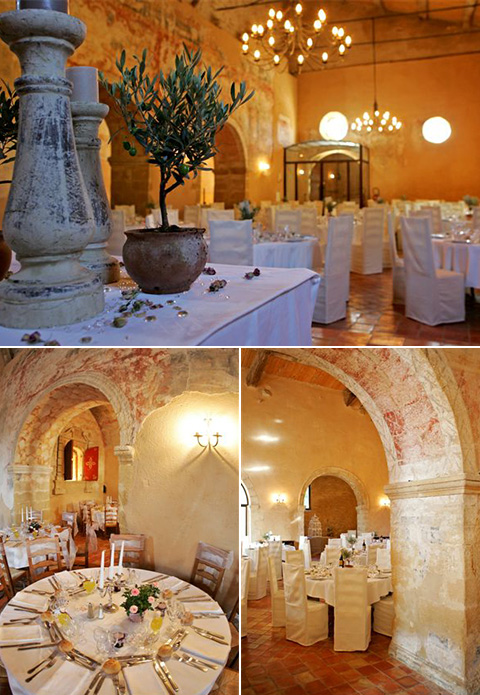 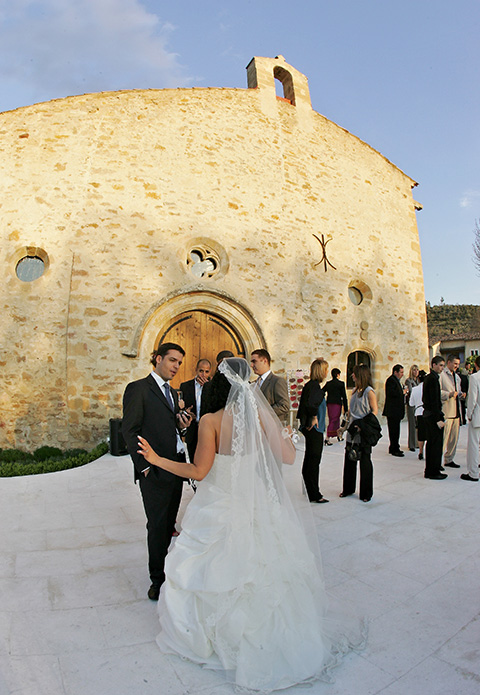 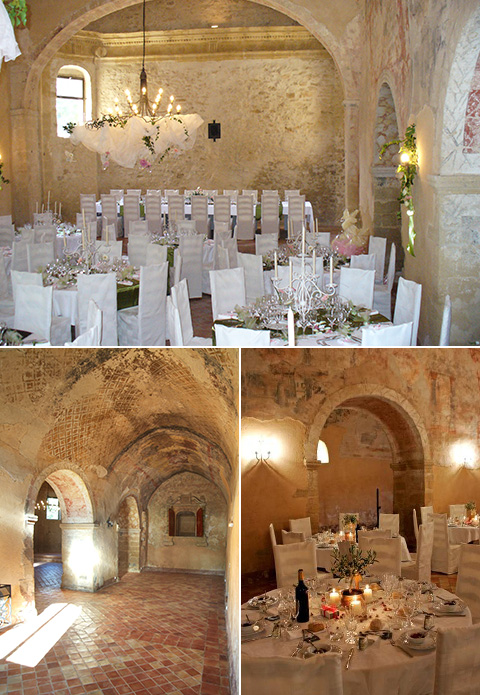 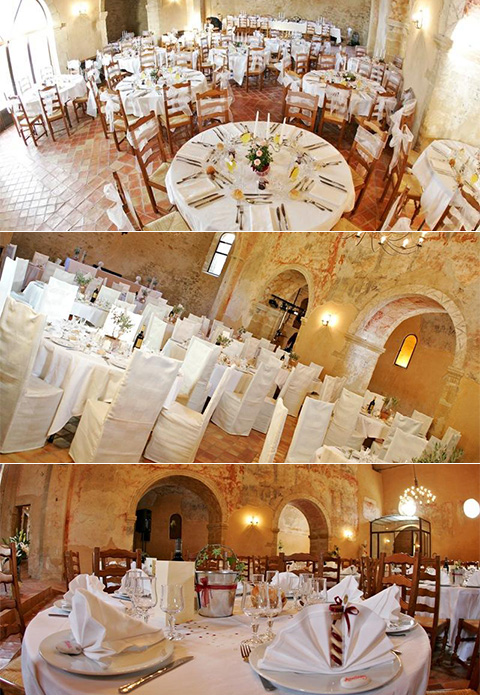 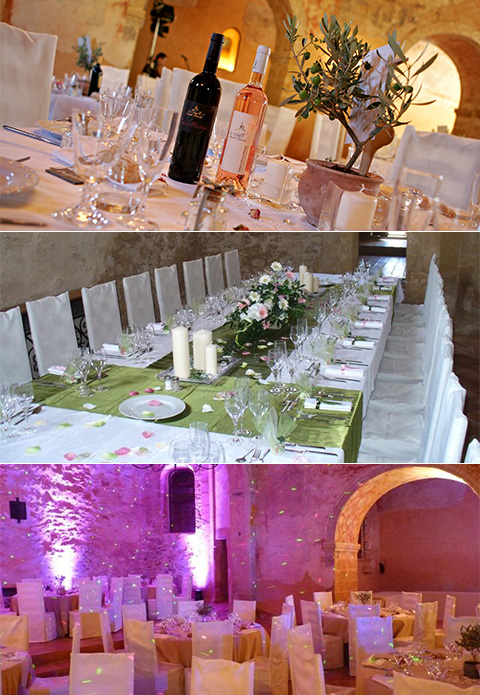 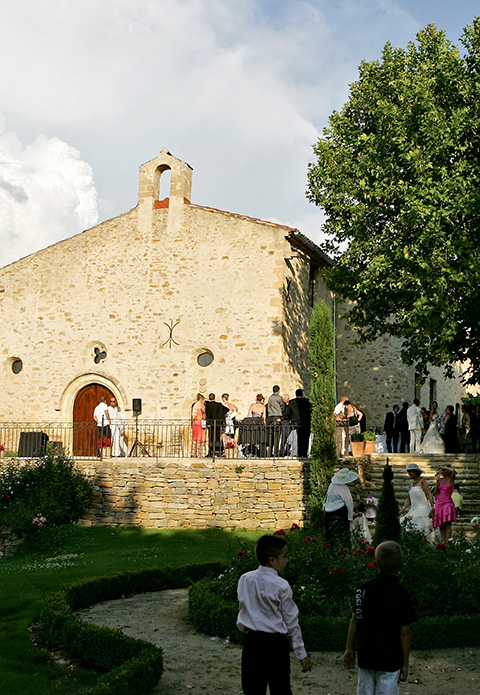 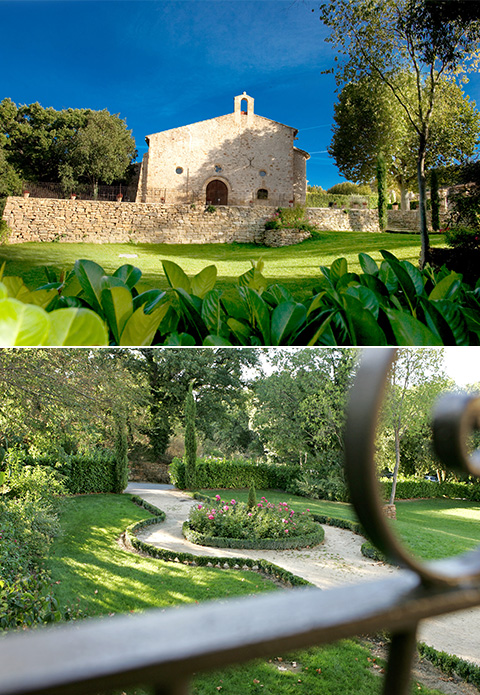 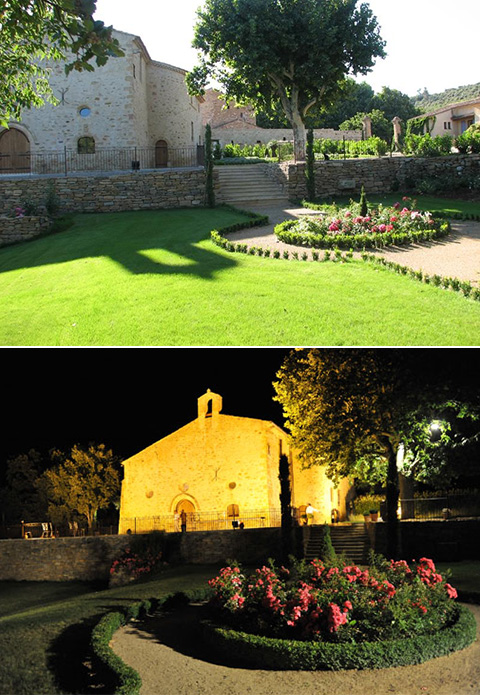 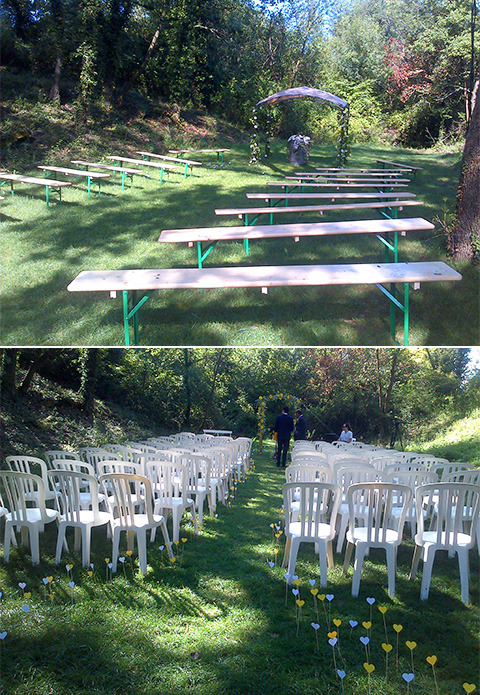 Seminar: we are currently trying to arrange a room for company meetings, training … in order to keep the chapel for meals.

A spiral staircase of cut stones allows you to access the honeymoon suite which has conserved all the charm from its terra cotta tiles from the 15th century and fireplace.

Three other bedrooms are available including a large family room with mezzanine for six people, a spacious room for three people and last for two.

Guests occupants of the rooms will have a breakfast at the French served in a bright and friendly room. 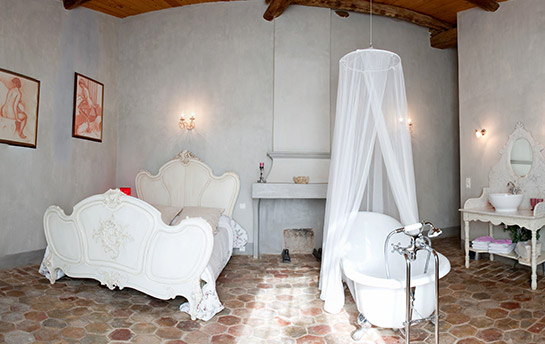 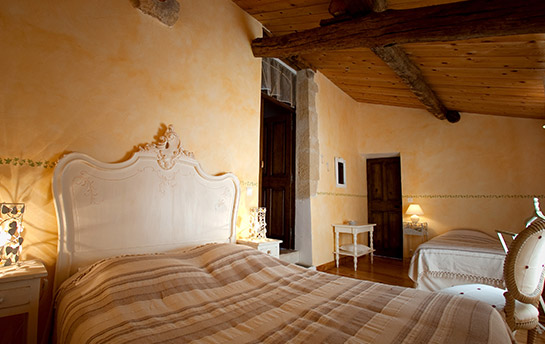 a room for 3 people 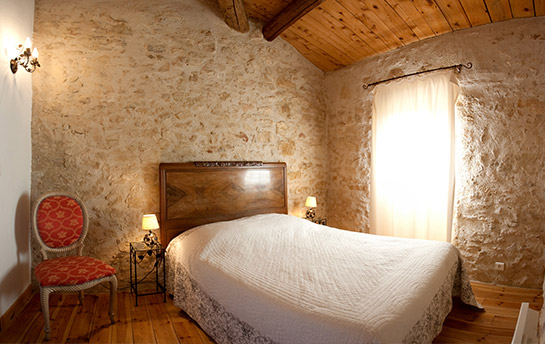 a bedroom for 2 people 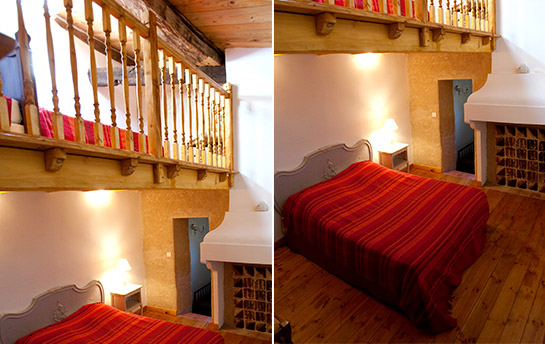 a family room with mezzanine for 6 people

Also on the field two laudable houses in the night or week (only at the week in July / August).
There is a house on the ground floor and one on the 1st floor of an old house master. They have a capacity of five persons each and consist of two bedrooms plus an extra bed in the living room, a lounge / dining room, kitchen, bathroom, toilet.
They each have a private terrace and a large garden.

Just opposite the reception room, three studios are also available for those wishing to stay overnight. They are commendable for the night (or more) in all seasons.
They have a capacity of 5 persons each and consist of entering a kitchenette and three sleeping on the ground floor and two beds on the mezzanine, toilet and bathroom.

For more information, contact Mr. and Mrs. Laurence and Christian Valensisi at 06.11.97.72.03; valensisi.christian@neuf.fr

Christian Valensisi revived the vineyard of Chapelle Saint Bacchi in 2003 by passion for wine and earth to create wines that meet its soil.
The estate is located in the municipality of Jouques, 350 meters above sea level on 7 ha vineyard in appellation Coteaux d’Aix en Provence and Vin de France for varietal wines.
The method of cultivation is certified organic by Veritas.
Particular care is taken in the vineyard and winemaking to bring only the bare necessities to the needs, especially on the sulphite doses.
The harvest is manual, harvested only in the morning, a careful selection of grapes is made not to return tank the best of the crop.

Grown on nearly 5 hectares and 1600 olive trees, the trees give a fruity and fragrant oil that gives a Provençal flavor to any dish! 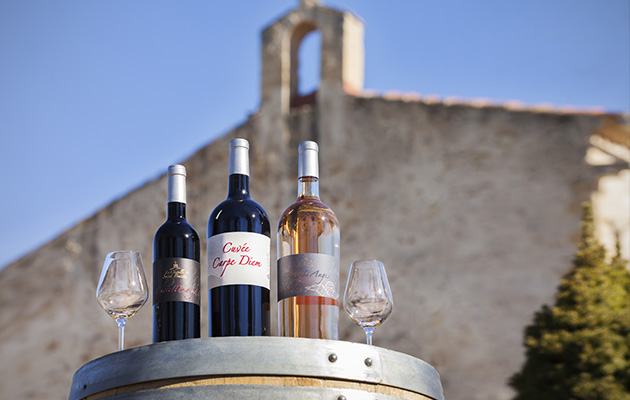 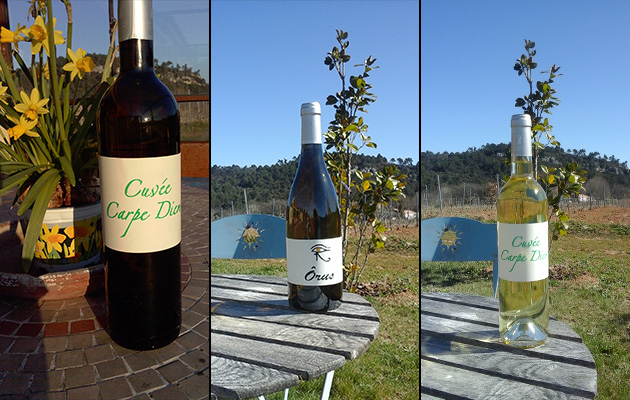 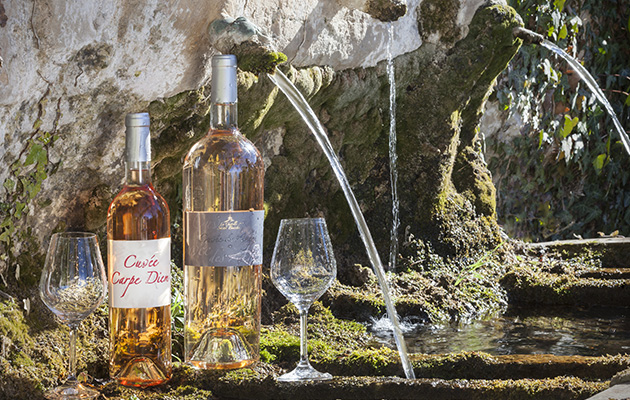 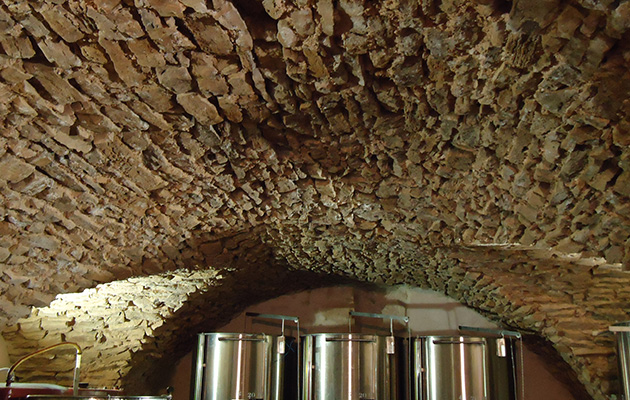 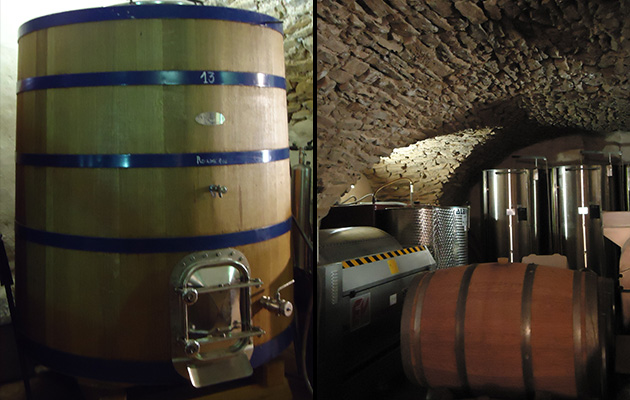 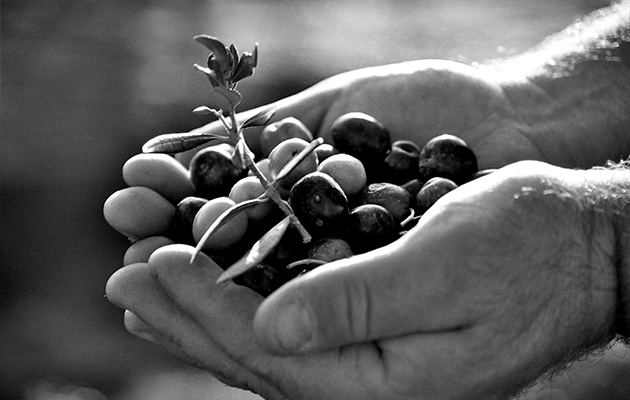 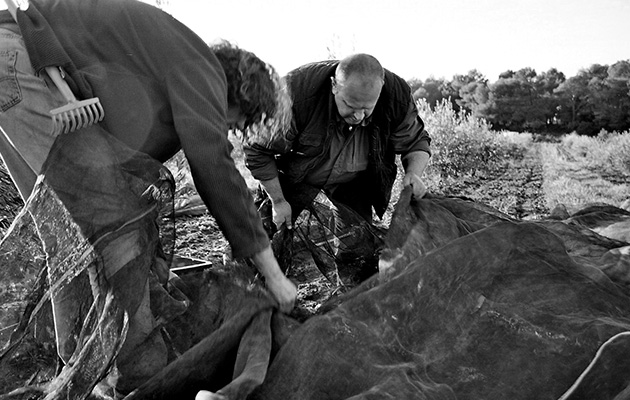 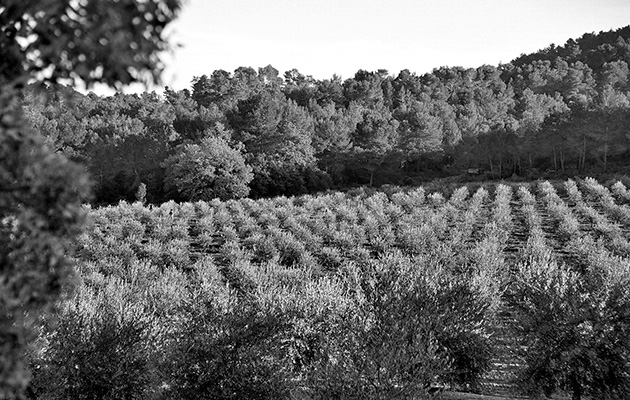 For your convenience we have provided you with a list of our partners, who will help you organize your event, wedding, function, seminar… 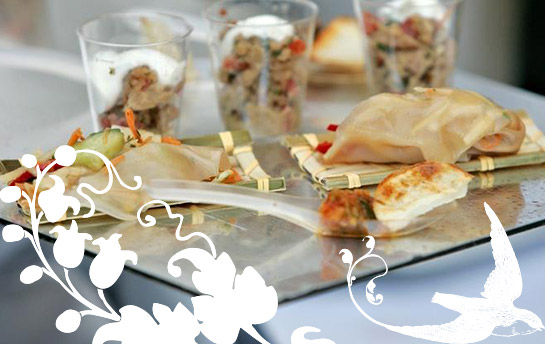 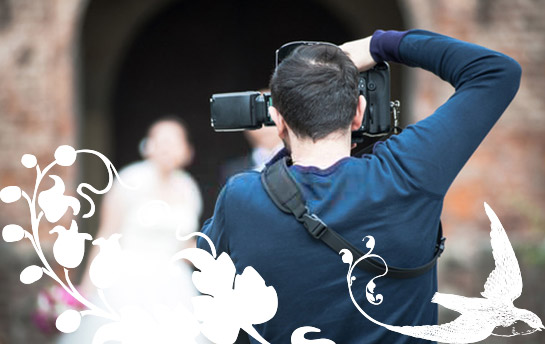 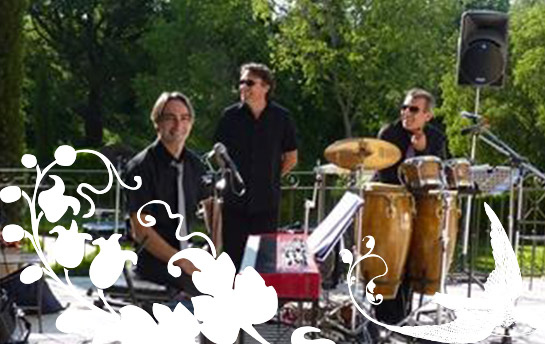 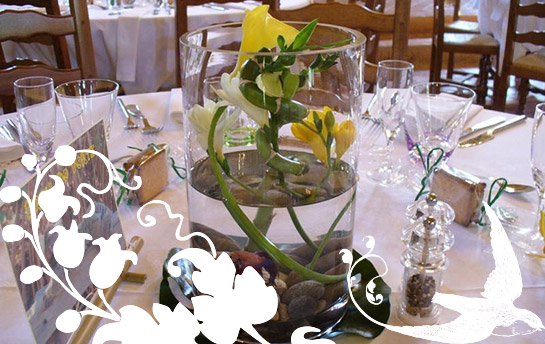 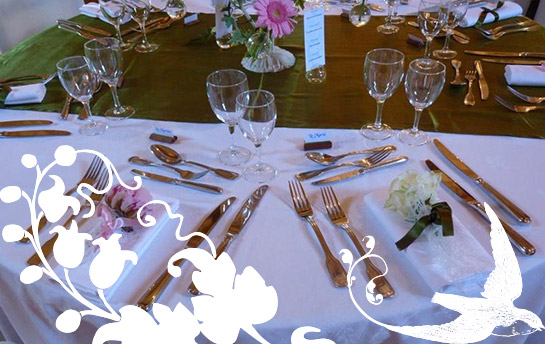 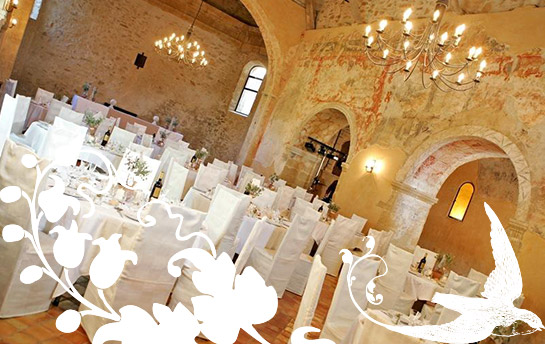 Discover all our partners here

From Aix-en-Provence, follow the direction Gap (A51) and the exit Pertuis/Meyrargues.
Pass through Meyrargues, then Peyrolles, and follow direction Jouques. At the exit Jouques, follow Rians for 4 km.
Take the road on the right-hand side, which will bring you to the Domaine.

You want to organize a professional event?
Click below: